Initially involved with science, Barbara Ehrenreich chose to pursue a life of political activism. She is most known for Nickel and Dimed, a story about the negative impact the welfare reform of 1996 had on the working poor. Ehrenreich worked undercover as a waitress, hotel maid, nursing home, and Walmart associate to gain firsthand experience of the difficulties of blue-collar women living in America.

Summary of “Will Women Still Need Men?” by Barbara Ehrenreich:

﻿Barbara Ehrenreich writes about how difficult it is for men and women to maintain a romantic relationship and deal with the responsibilities of marriage. She explores three possible scenarios in America. One scenario is mono-sexual, where men and women live separately. The second scenario is where men and women are forced to stay married for life. The third scenario recognizes how diverse people are and allows for various forms of renewable marriages. If these scenarios were possible, she predicts that initially different parts of the country will pick different scenarios. She describes the problems that will arise and concludes with the thought, “We will realize that the sexes can’t live without each other, but neither can they be joined at the hip. We will grow up.” ﻿

The purpose of this essay is to recognize the difficulties of marriage, yet the only solution is for us to grow up.

This type of essay is an argumentative writing. 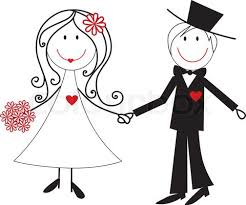 What do I think?

I think the author clearly describes the challenges of long term relationships between men and women, wishful solutions, and reality of the necessity for us to mature.